We're bringing you all the latest from WWDC22, including the downlow on iOS 16, WatchOS 9 and the new M2 macbook air lineup.

This year’s WWDC brought a myriad of exciting updates to the existing Apple lineup, alongside a metric tonne of great new features, gorgeous hardware and a glimpse into the direction Apple is taking its tech.

Since the inception of Apple’s mobile iOS, the lock screen has been somewhat neglected. Deprived of useful features like quick access to widgets, styling customisations and key information one typically looks to their phone for in a hurry.

It’s with that in mind that the updates coming in iOS 16 are markedly more impactful. Here’s a look at the exciting features coming to your lock screen in the next few months. 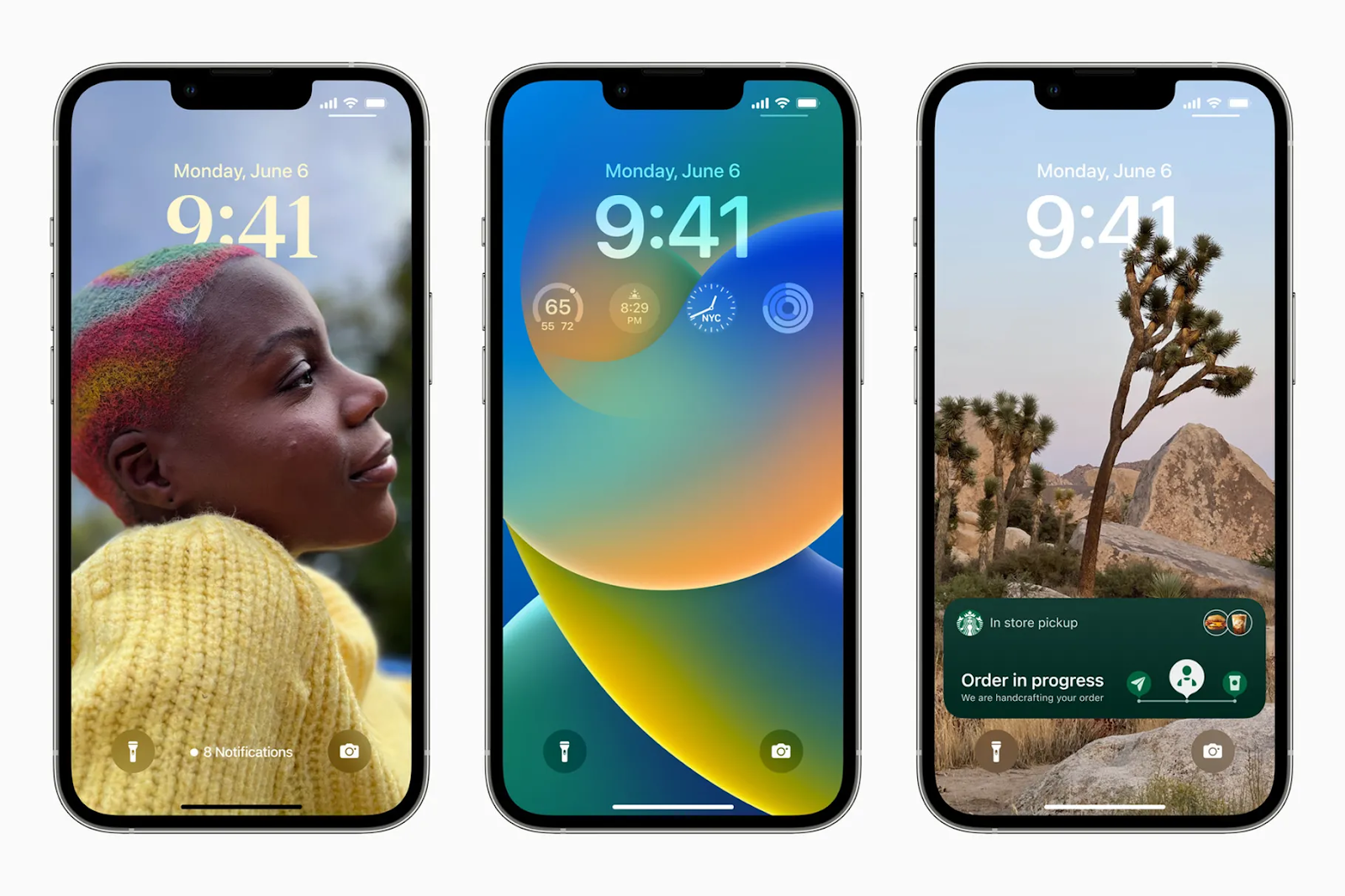 Lock screen notifications on iOS 16 will behave differently too. They’ll now pull through at the bottom of the screen as opposed to across the face of it, giving more space for quick glances at activated widgets. Live activities, a new feature which summarises the updates on an opened/active app will also display at the bottom of the lock screen, allowing users to view updates on things like Uber arrival times, or sports updates in a single tile.

Have no fear, message editing and recall is coming to iOS 16. There are also updates that make messages feel more like a mail application, with the ability to mark messages as unread so you can review them at a later time. Apple are also releasing SharePlay for messages. 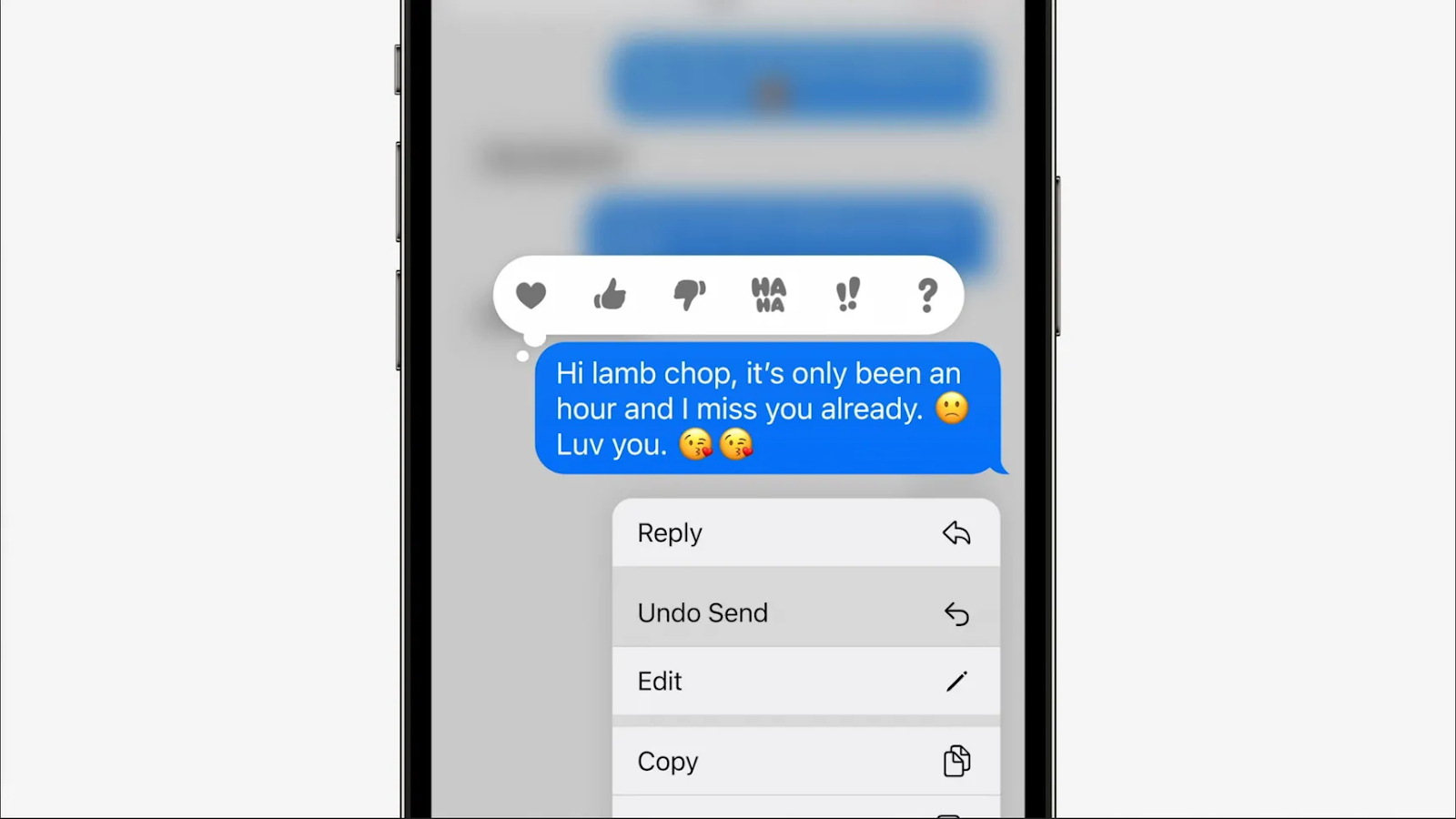 The video version of Apple's Live Text feature will be released soon giving you access to even more actions when you use live text in video. Wallet also gets some new capabilities, including the ability to securely transfer stored IDs by providing only the information that is required. It will also be simpler to distribute saved keys. Apple Pay now has a "Pay Later" feature, which allows users to split a bill into four equal instalments without incurring interest or fees. In iOS 16, Apple Maps will provide multi-stop routing, and the "detailed city experience" offered in iOS 15 will be expanded to include six more cities.

Safety is placed front and centre

Safety check is a new feature coming to iOS 16 which helps protect people in abusive situations. It’s core functionality involves the ability to revoke access to information like location that you might have shared previously. There’s a new emergency reset feature which immediately resets access for all people and apps at once across all synced devices.

Apple released watchOS 9, the most recent version of its wearable platform, today. It will have increased running analytics and medicine reminders, in addition to the typical improvements like new watch faces and fitness capabilities. Developers will have initial access to the new platform, with a public beta coming next month. When the new Apple Watch Series 8 debuts this fall, the last public release will take place.

Medication reminders are now available in the watchOS 9 app, which will be linked to the Health app and allow users to create a "medications list" as well as personalised timetables. You can also add drugs by scanning them. It will also assist users in determining whether any of the medications they are taking interact with one another. For the time being, the interactions function is only available to users in the United States. You'll also be able to check what health information you've shared with others. 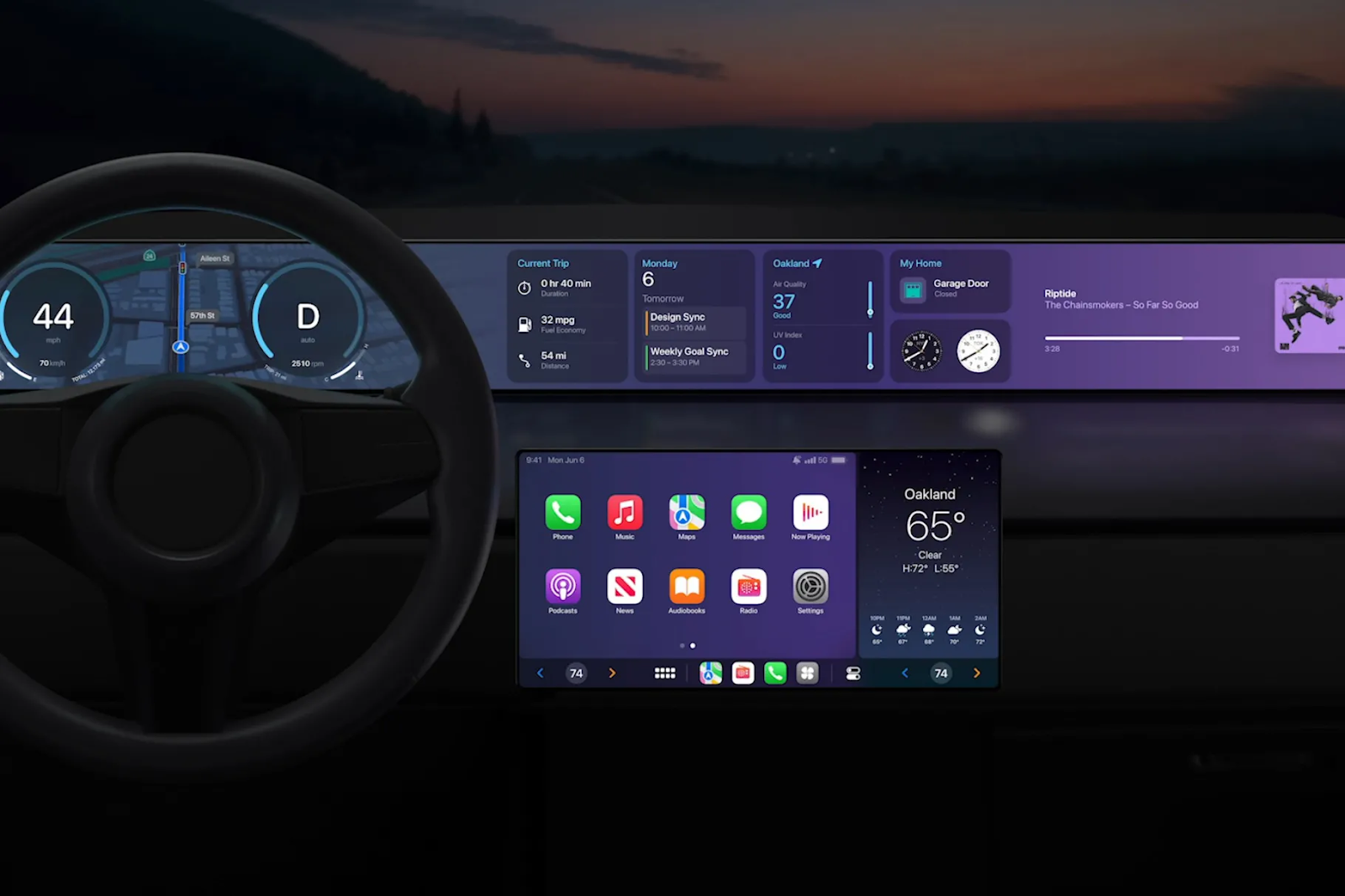 M2 chip, better than the M1

The new M2 chip, like the original M1, is made with Apple's own Arm silicon and is built on a 5nm process with 20 billion transistors, which is 25% more than the previous M1. All of these transistors should improve performance, and Apple claims that the M2 will have an 18% faster CPU and a 35% faster GPU than the original M1. 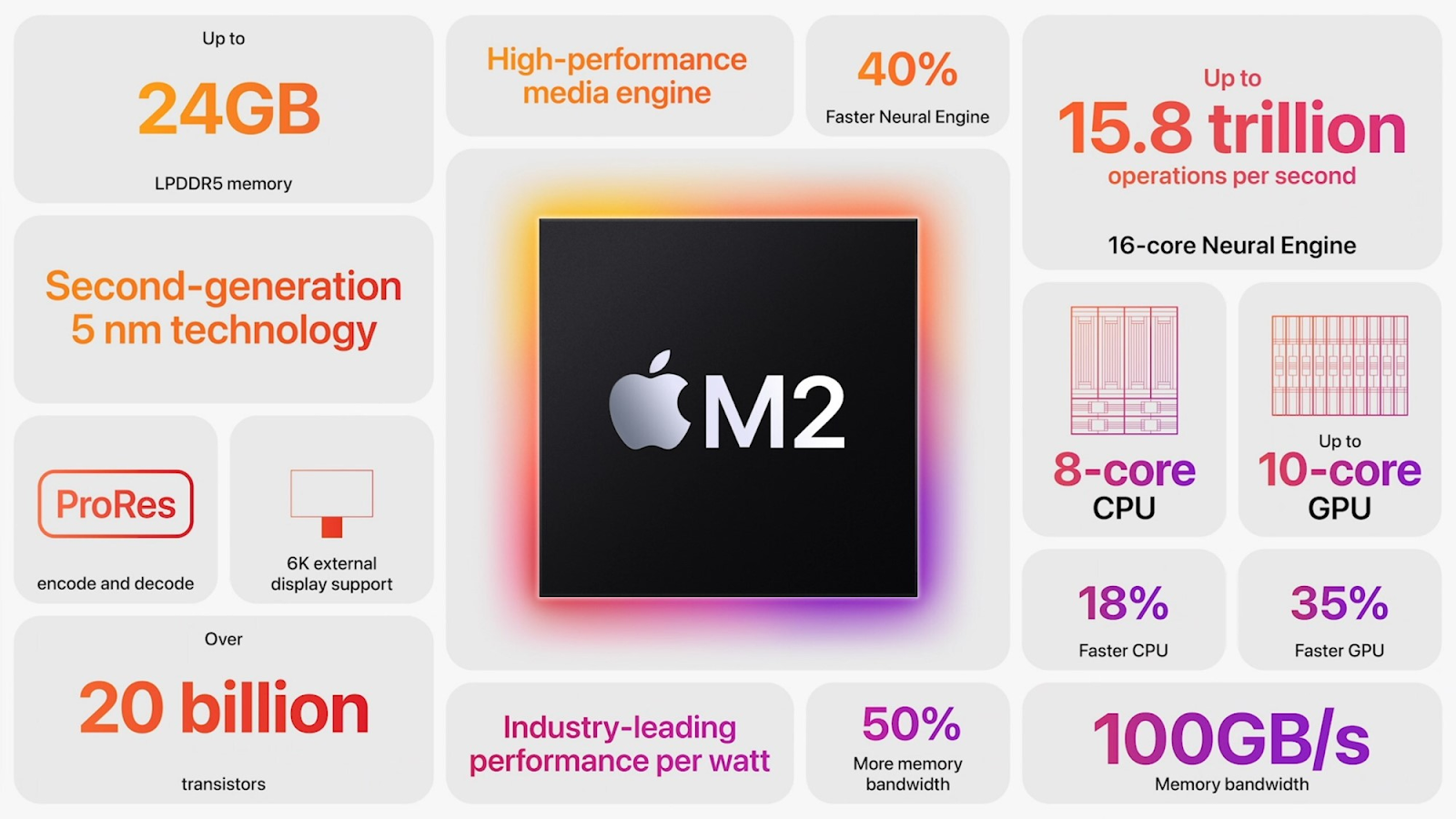 Despite the fact that Apple's WWDC isn't known for a slew of hardware announcements, a new MacBook Air was unveiled at the keynote. The new 2022 model is built around the more powerful M2 processor, and it features a form that is more squared-off than the typical wedge shape, similar to the 14-inch MacBook Pro. MagSafe charging, two Thunderbolt USB 4 ports, and a headphone jack are all included. It measures 11mm thick and weighs 2.7 pounds. Silver, space grey, and new "starlight" gold and "midnight" blue colours will be offered. Each model comes with a braided MagSafe cable that matches the colour, which is a lovely touch. 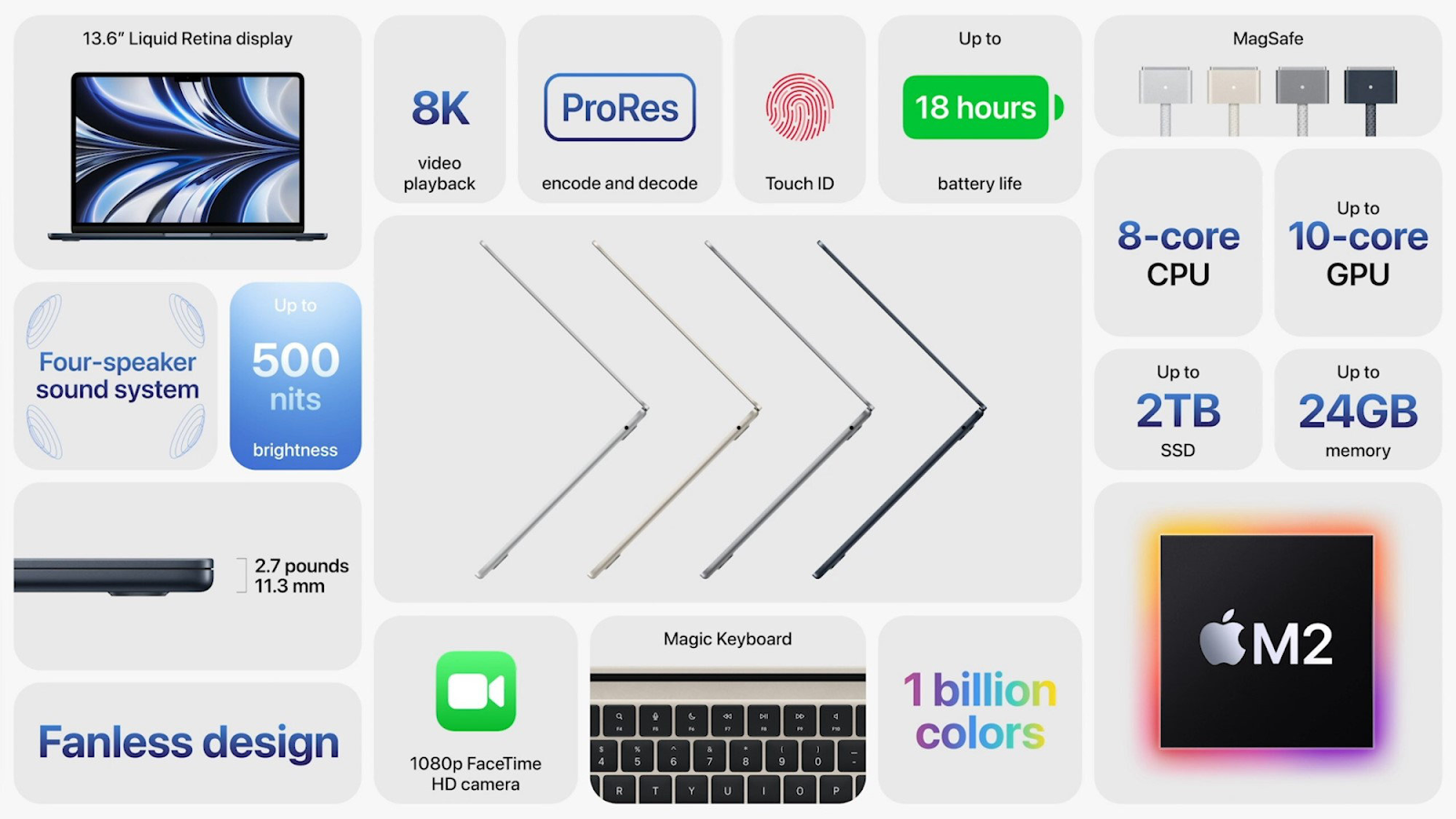 At its Worldwide Developers Conference, Apple unveiled a new version of macOS. MacOS Ventura introduces a new Stage Manager tool, as well as changes to Spotlight, Mail, and Safari, as well as other consistency features that bring the operating system closer to iOS.

Users will be able to "hand off" FaceTime calls between iPhones and Macs, as well as effectively use the iPhone's (presumably far superior) camera as a webcam in place of the one on their Apple computer, thanks to the new operating system. When the iPhone camera is nearby, Macs automatically recognise it and use it, eliminating the need for the user to manually link the two. Apple's Center Stage and Portrait Mode are supported by Continuity Camera, as well as a new Studio Light function that may illuminate a subject's face while dimming their background. The camera may also use an iPhone's super wide camera for Work View, which simultaneously displays a user's face and a view of their desk.

Stage manager will automatically organise your open windows on the left side of your screen while centering the one you're working in if you enable it from the Control Center. Users will also be able to group windows together to make it easier to open multiples at once. 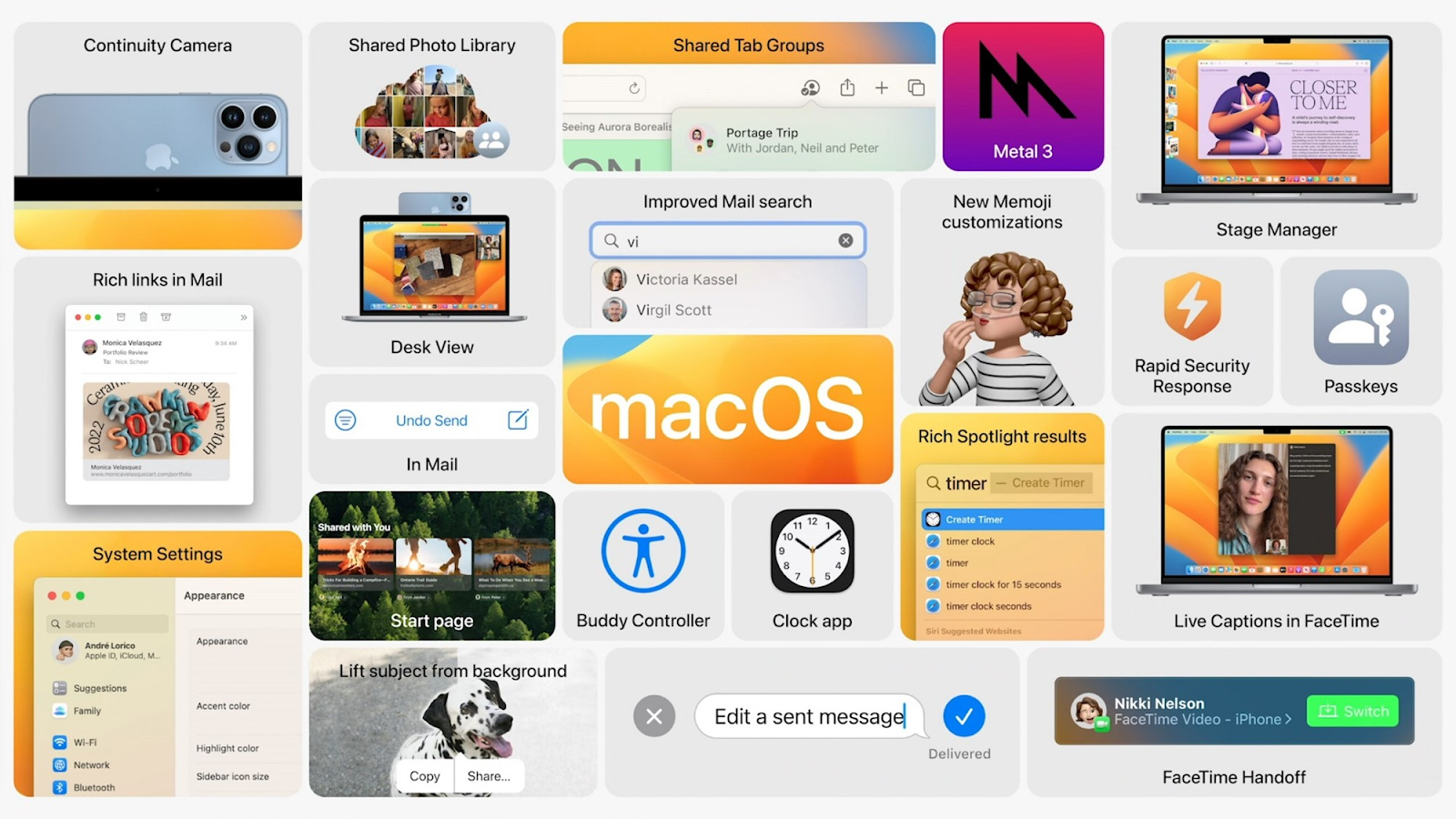 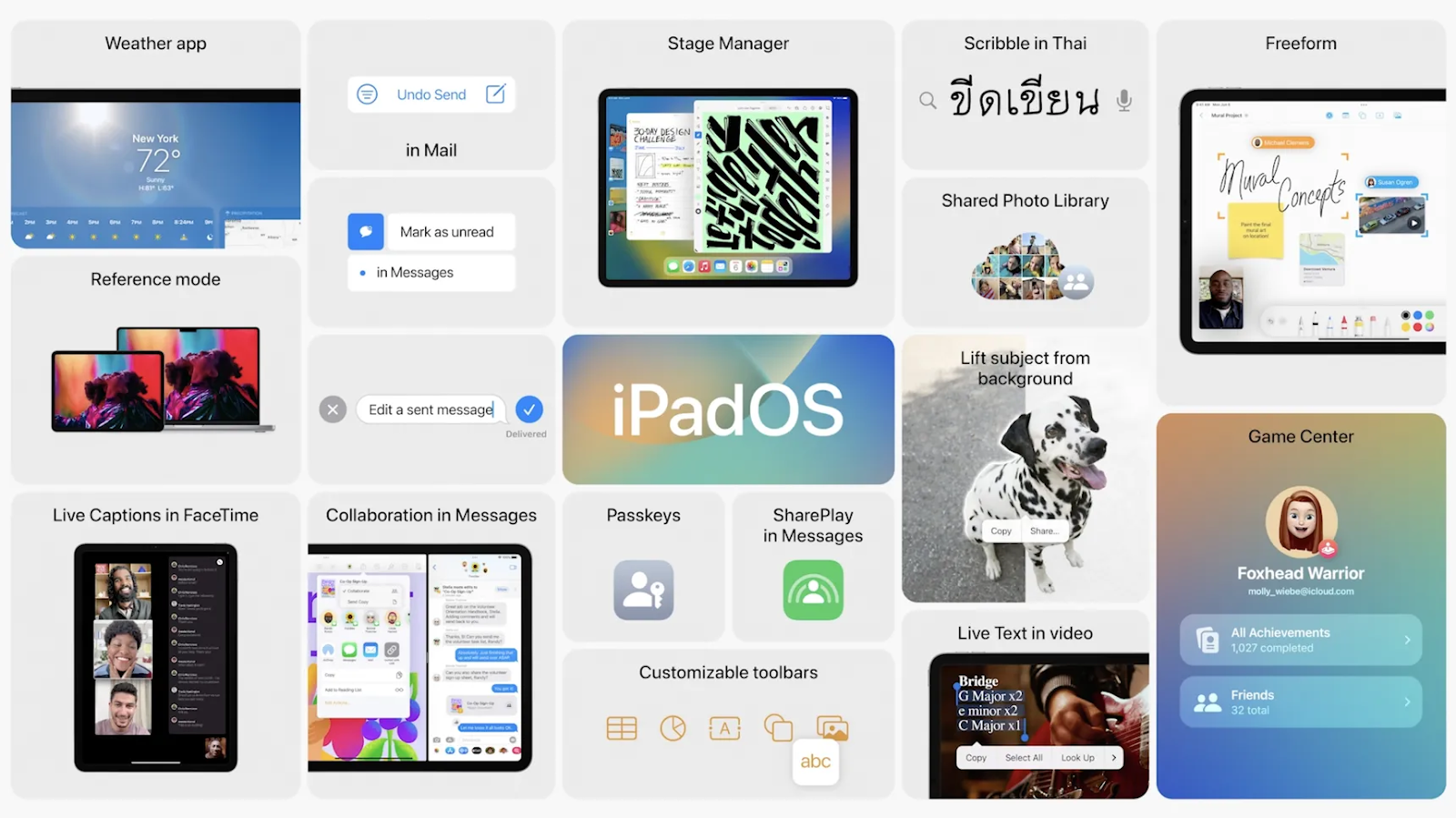 iPadOS 16 has a new collaboration feature that allows you to collaborate with others in office apps like Pages, as well as a new whiteboard tool called Freeform. With Stage Manager, Apple has increased multitasking capabilities, allowing you to resize and overlap windows on your iPad.

The announcements so far at WWDC22 represent a firm set overview of what many have speculated over the last few months, a firm move towards the consolidation of safety practices and a major reconciliation of mistakes from the past.

No word yet on AR which was tipped to be the main talking point of the developer conference, however with 2 days left to go, time will tell if there is a last minute announcement.