The best of the best from Google I/O

Didn’t get to catch the first 2 days of Google I/O? Don’t worry, we’ve got your back. We’ve summed up the biggest announcements of the event so far.

Didn’t get to catch the first 2 days of Google I/O? Don’t worry, we’ve got your back. We’ve summed up the biggest announcements of Google's showcase even of the event so far.

AR and more for Google Maps

Using Google Maps Live View in virtual reality, you can get more info about companies. Point the phone's camera at a restaurant and hold it up. The new Live View feature would show customer feedback, highlight street signs, and finally operate indoors (as soon as this week in select countries). It's an attempt to make finding new cities and navigating them easier.

With a virtual reality experience on your Android phone, you can now see how professional athletes compete. On your tablet, for example, you can watch Simone Biles compete on an AR balance beam.

Google is using new technologies to optimise search results and provide consumers with more choices. During the keynote, one explanation was taking a picture of a pair of boots and asking whether they could be used to hike Mount Fuji. After that, the machine examines the boots in the picture and delivers the requested response. Google is bringing "About this result" to all English search results around the globe, offering important meaning and knowledge for different websites and services. The aim is to provide useful, authentic, and timely knowledge from reliable sources.

Passwords from other administrators can also be imported into Google's password manager. For Google and Android apps, there would be even more password manager integration. The most notable enhancement to Google Chrome's built-in password manager is that it will now recommend when you can reset your password and will take you through the procedure immediately if it detects a stolen password. If you want to change your password, Chrome will go to the web and walk you through the process, so it appears that all you have to do is press a few buttons and Chrome will take care of the rest. At first, it'll only be available in Chrome on Android.

Google Chrome recently translated 20 billion web pages. That's a colossal figure. Google unveiled LaMDA on Tuesday, a natural language application that is currently in the research and development stage. A talk with LaMDA, who is playing the role of the planet Pluto.

LaMDA was also seen as a paper aeroplane in a similar demonstration; both discussions were a little strange, but it seems that Google is focusing on the future of voice interactions with computers or phones. Google plans to use LaMDA in Google Assistant and Search in the future and is looking at ways to offer developers access to the cutting-edge platform.

Customers of Google Cloud will soon be able to use the company's latest TPUv4 pods, which each deliver an exaflop of computing capacity. Google also revealed its new Quantum AI campus, a quantum computing facility where the company is working on quantum computers, qubits, and processors, among other things.

Smart Canvas, a recent collaboration platform from Google, has been added to Workspaces. It appears to be a hybrid of Google Sheets, Docs, and the task-management app Asana. Google Meet is now integrated, and you'll be able to enter a Meet video call when working on a Google Doc, Sheet, or Slide later this year. Noise cancellation, video quality features that rely on AI for lighting, framing, and focussing, and translations are all coming to Google Meet.

Google showed off a new project it's working on that simulates phone calls. In one side of a half-wall, one person stands, and on the other side of the half-wall, a very realistic representation of the person you're referring to is projected. The demonstration was brief, but it was visually spectacular. 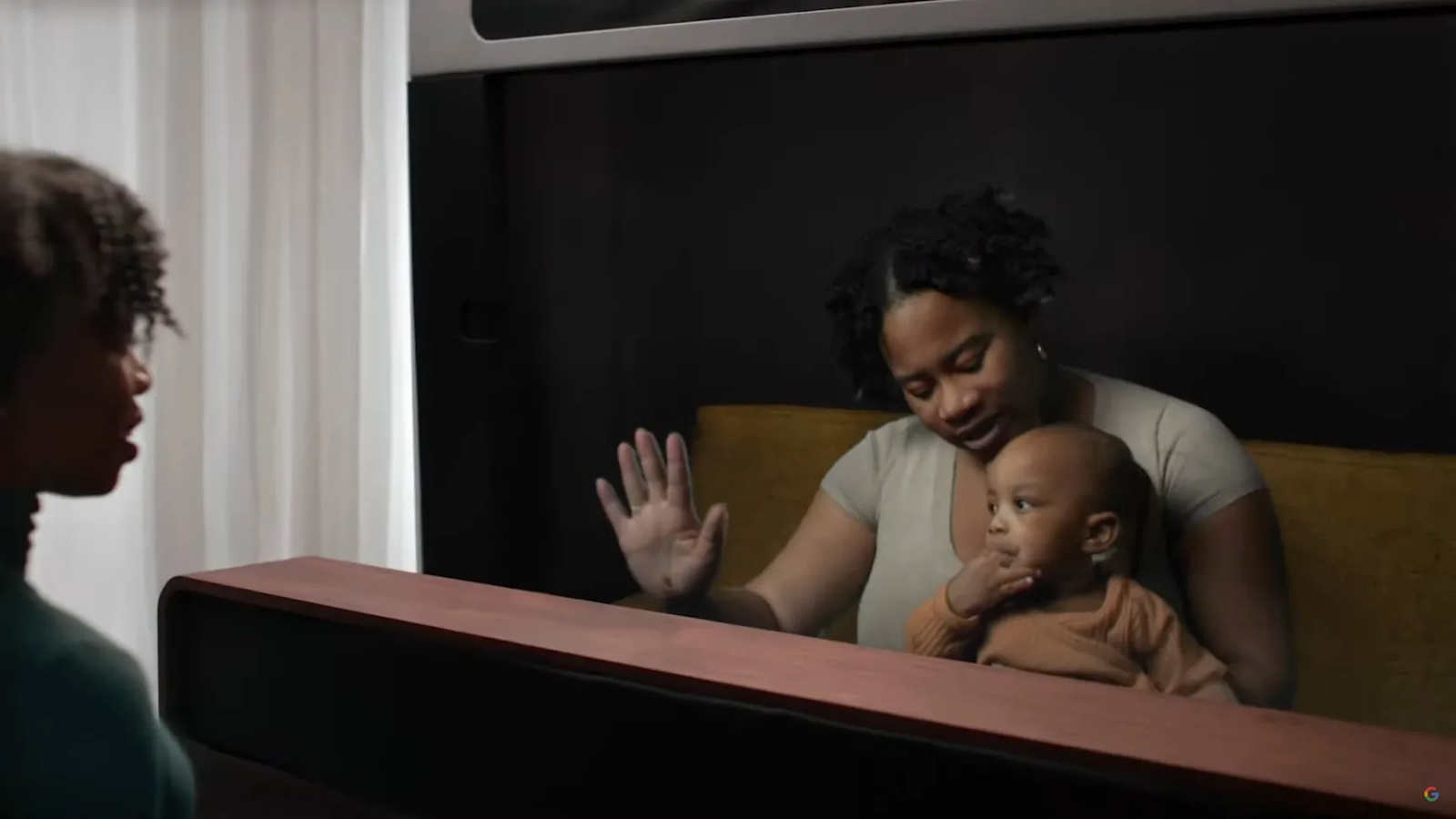 Google Chrome will finally have the ability to display all of your online shopping carts and their contents. Google will then search at any existing coupons as well as the subscription plans and see if there are any more ways to save money. Chrome can also keep track of an item's price and notify you if it falls.

Google also has a Shopping Graph that pulls data from all over the internet, including ratings. You will use Google Lens to scan at and then browse for items you can purchase online by examining a snapshot or a screenshot. For instance, if you take a photo of someone wearing a pair of shoes you want, Google Lens will recognise the shoes and tell you where to purchase them.

With a virtual reality experience on your Android phone, you can now see how professional athletes compete. On your tablet, for example, you can watch Simone Biles compete on an AR balance beam.

With a couple of clicks, you can now erase recent search history from your Google account. You'll be able to turn off location history in Google Maps, and Google Images will have a locked folder to help you keep your most personal pictures private. After 18 months, all account activity data is automatically erased. You can adjust the length of time Google keeps your confidential, private data associated with your account. Auto-delete is currently allowed on 2 billion accounts.

Find out what’s on your skin

Google has unveiled a new wellness app that allows you to take a snapshot of a troublesome skin region and answer questions about their skin shape and signs to help you recognise skin problems more accurately. This year, Google plans to start a pilot of the tool. 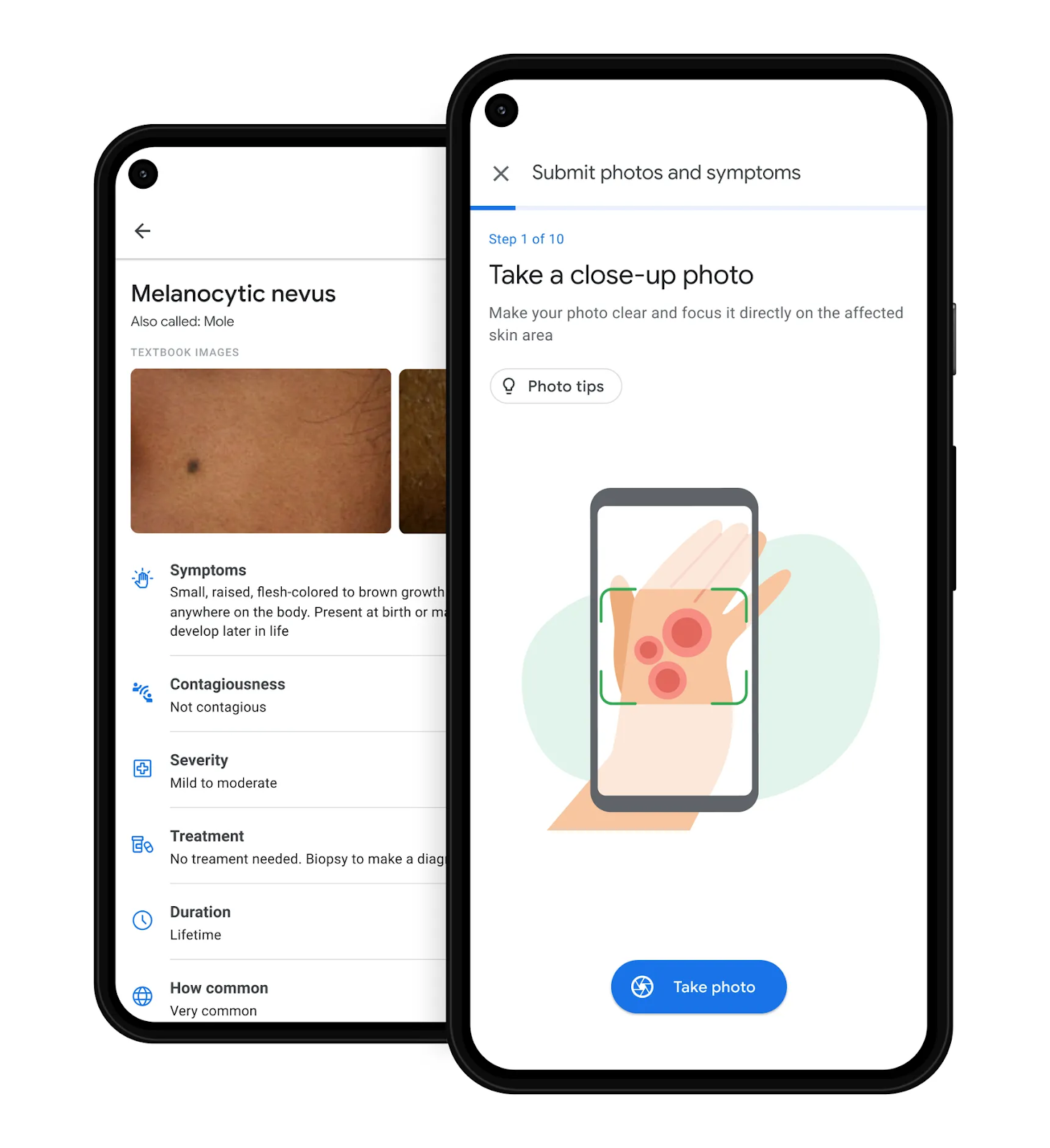 A welcome facelift for Android with Android 12

Android 12 will feature a brand-fresh “Material You” interface with a slew of new features, according to Google. It has a variety of colour and customisation options, and the latest mobile OS will also let you change the device colours to fit your wallpaper. It also has a new privacy dashboard and other new privacy tools. 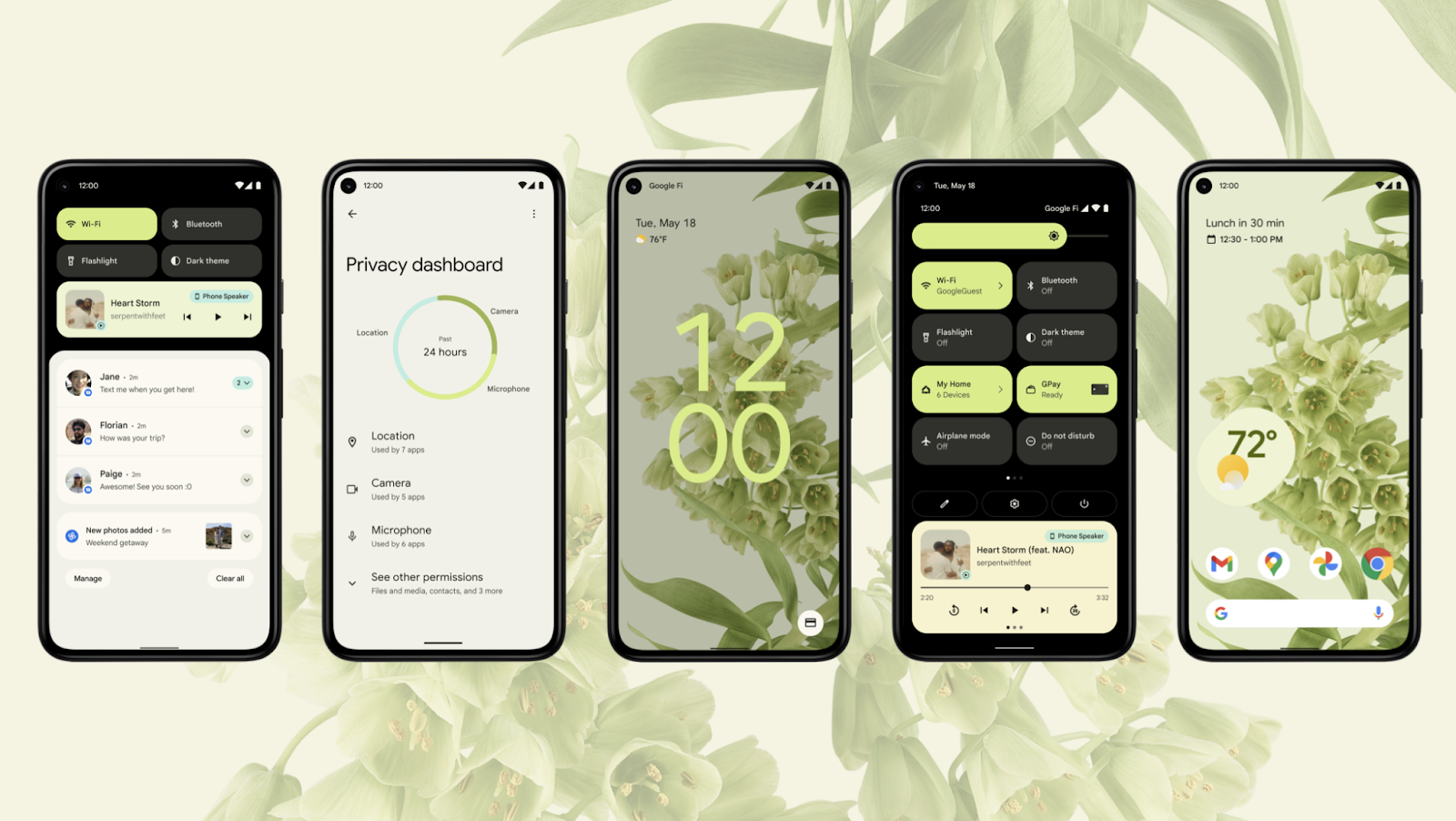