The First Steps: A Startup Journey

In May's Guest Blog, social app DB8's founder, Hardeep Singh-Dhanjar discusses his journey in conceptualising his startup and bringing the idea to fruition.

The idea for DB8 formed during a car trip to London with my friends. During the journey, my friends and I got talking about immigration. They were surprised by my viewpoint, as being from an immigrant background, they were expecting me to advocate for complete freedom of movement. My opinion did not fit with their perception of what someone of my background should think.

This got me thinking. Many beliefs get suppressed as there is a single viewpoint that is pushed by the media and alternative viewpoints are thrown aside even though there may be some rationale behind them. The result of this is that we attain a single way of thinking, which forms the general consensus for the majority and we are not willing to consider a variety of different thoughts that may challenge the single viewpoint.

I believe that greater importance should be placed on what people honestly think as if an argument is supported by logic, it can act as a source of knowledge to others, which is what happened for my friends that day.

I have always been interested in what other people think, so I considered creating/ joining a group on the current social media platforms; however, I was discouraged in doing so as they typically enforce strict guidelines to ensure user safety. Whilst I am for safe use of the sites, I wanted to be able to and allow others to communicate freely. Additionally, I was deterred from using the available social media platforms as I disliked the trend of enforcing stricter guidelines and management of data; therefore, I decided to develop my own app. I thought that the concept of free speech is best endorsed as an app as this can act as its own brand to promote inclusive thinking. 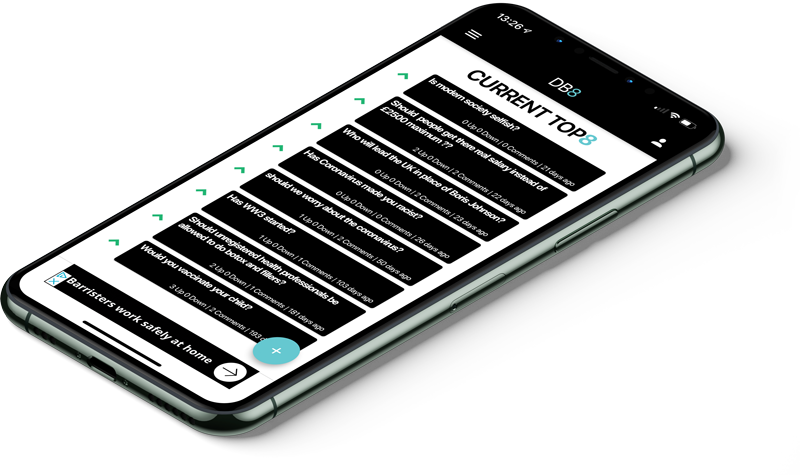 So, how do I develop my own app? I have no computer programming skills or expertise in the area whatsoever. I initially attempted to learn how to code using free source software available over the internet; however, I decided against this it would have been quite a task to deliver a product to market in a short time frame as it would involve learning something completely new, which was something I could not allocate sufficient resource to at the time. I settled on outsourcing the development and hired a small freelance company based in India. The driving factor on selecting them was that they were low cost and seemed reasonably professional. The entrepreneurial process is also something new to me, so even this process was bound to come with a learning experience.

The first issue I encountered was that there was difficulty in communicating the vision of my product, my lack of technical knowledge did not help at all. Secondly, due to the differing time zones (I am UK based), issues could not be quickly resolved. As a result, the project took approximately six times longer than forecasted! My developmental issues were not confined to this as I had assumed that the project would be solely dealt with the team in India. As it transpired, they had outsourced a portion of the development to a freelancer in Cameroon and had now had a soured business relationship.

So, a short while after handing over my app, a software update was required that my developers in India were unable to resolve. The experience, while an excellent learning curve, instilled in me the idea that I needed to bring the project on-shore allowing for the oversight I desired and prompt communications I desired.

Determined not to throw in the towel, I went back to the drawing board. Having learnt from my previous experience, I opted to source an established app developer and ideally a European based agency in order to get a firmer handle on any time-based issues. I chose Arch as they met all these criteria and having exhausted a portion of financial resource on my previous attempt was able to settle on a fixed project cost that was manageable for me.

Witten by our May guest blogger, Hardeep Singh-Dhanjal
Founder of DB8