Apple has concluded its WWDC 2021 keynote, which was jam-packed with news and announcements, including our first glimpses at iOS 15, the new macOS Monterey, significant enhancements to FaceTime, and more.

Here’s a look at some of the best announcements to come out of the event.

iOS 15 brings a big bang to your iPhone 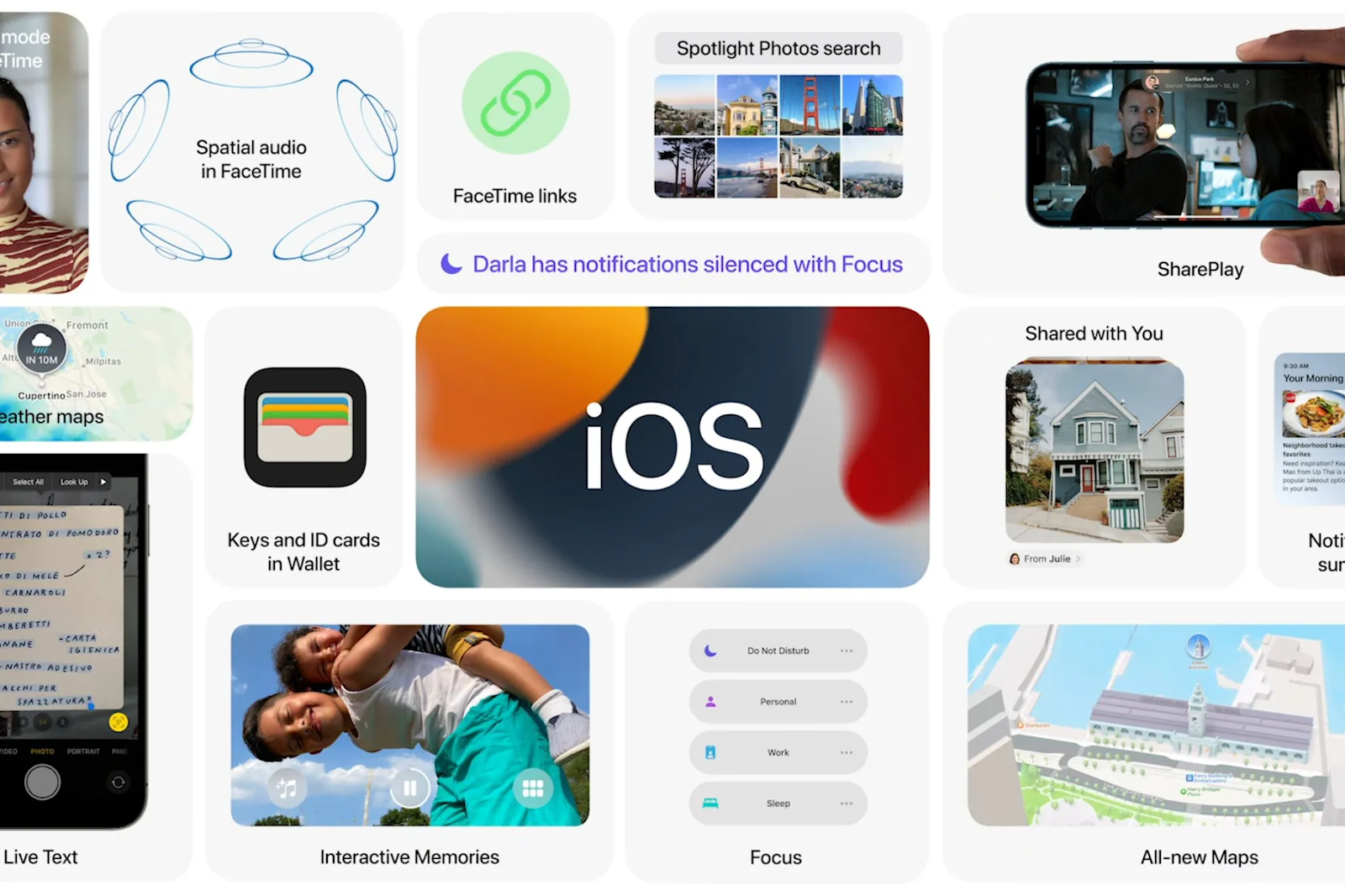 As expected, Apple has given a sneak peek at iOS 15, emphasising several improvements to FaceTime and alerts, as well as greater privacy options.

Users can now search text in photographs using a new feature called LiveText, which also includes the option to search photographs in Spotlight, audio updates for AirPods, and the ability to find AirPods Pro and AirPods Max using Find My.

Alerts receive a new design in iOS 15, with contact images on text notifications and larger app icons, as well as new Focus filter options. This allows you to choose which alerts display during certain activities, such as working and sync them across all of your devices. You may create a custom home screen page with widgets and applications that are suited for the Focus mode you've selected.

Get sharing with Facetime

Apple is introducing movie and music sharing to FaceTime via a feature called SharePlay. People will be able to view or listen to content in sync with others on their call using SharePlay, either by casting the material to an Apple TV device while remaining on the call or by watching both on the same screen using Picture in Picture.

When users share videos over FaceTime, they will be able to view the other individuals on the call on top of the video, which will play in sync for everyone. 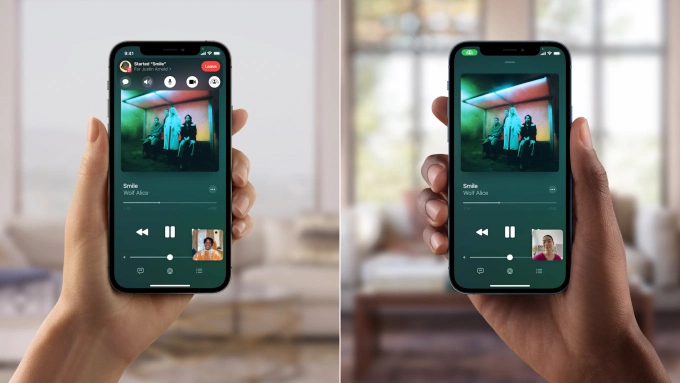 In iOS 15, Apple's digital assistant Siri will analyse audio on-device by default, allowing you to utilise the capability even if you don't have an active internet connection. According to Apple, the update will make Siri more responsive.

Apple claims that processing audio on the iPhone will make Siri use more private. This is in line with the company's long-standing desire for deploying machine learning capabilities on-device.

If you don’t have an active internet connection, you won’t be able to carry out tasks such as searching the web. You can, however, use Siri for simple navigational tasks such as managing your music, activating apps, and setting timers. Offline access to these services is also a big step forward in terms of accessibility. The functionality is only available on iPhones and iPads with its A12 Bionic chip or later. If you’re an Apple Watch user, you’ll also miss this feature.

Siri is also changing location. Starting later this year, HomeKit accessory producers will be able to integrate Siri voice control into their goods. If the devices are linked to your network, the voice assistant will be directed through a HomePod.

A facelift for watchOS

Accessible to developers in July, with a public release later this year, watchOS 8 will bring with it a host of features to help improve usability amongst a broader audience. 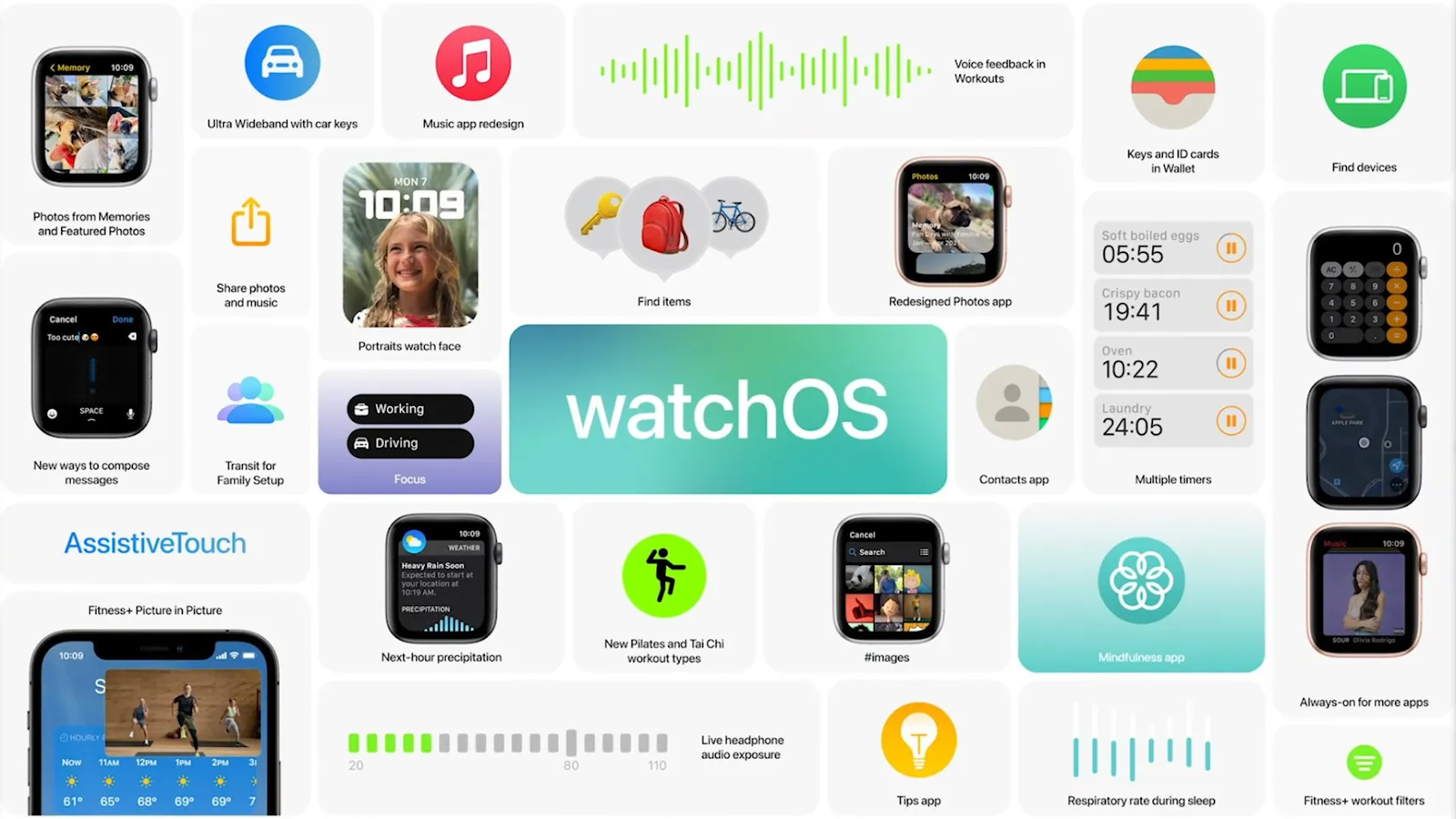 Some of the new features arriving in iOS 15 will be available on WatchOS 8, including the new focus mode, which allows you to pick which applications or contacts to get alerts from in particular situations. Apple's Series 6 watch will feature automobile key compatibility through its UWB radio, according to the company. You'll also be able to locate other Apple products, like as AirTags, using your watch.

There's a new watch face that lets you layer text and other information beneath a photo captured using the iPhone's portrait mode. You'll be able to tailor what text appears and how it interacts with the image. As an avid Apple Watch user with an abundance of portrait photos, I personally cannot wait for this feature.

Similarly, the Apple Watch Photos app will be updated with a new design and the option to share photos immediately through Messages or Apple's Mail app.

Apple unveiled the latest version of macOS, Monterey. Apple's new operating system was clearly designed with interoperability in mind. It allows you to share a keyboard and mouse between your Mac and your iPad. The function, which is identical to that available on Logitech keyboards and mice, allows you to move your cursor and files between a Mac and an iPad with ease.

Macs will also be able to operate as an AirPlay target, enabling you to utilise your Mac's screen and speakers to play content from your iPhone and iPad, as well as another Mac.

The Mac version of the shortcuts automation tool is on its way. The standard iOS editor will be available, but with macOS-specific features. Pre-built Shortcuts for what Apple expects to be common chores will also be offered. Shortcuts will be accessible from practically any location on the system, including Spotlight, the menu bar, and Siri. 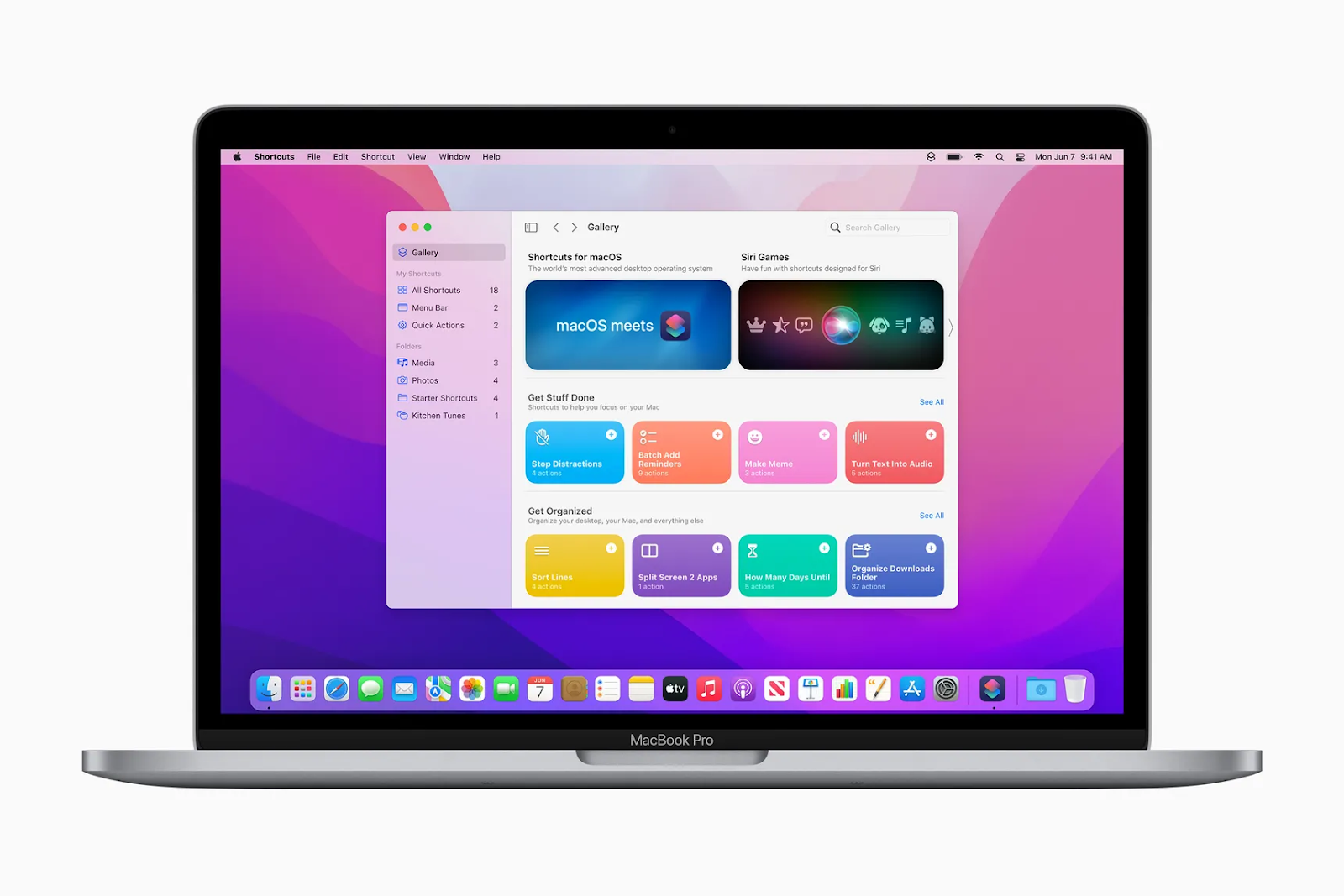 It’s evident as always ensuring its ecosystem fits harmoniously with the challenges of modern life. New features that save you time, and save your time drip from the latest editions of macOS, iOS and WatchOS. All in all, the fresh features unveiled this week are a direct reflection of how closely Apple regards its consumers, bringing together a lot of the bugbears users, particularly those who use their devices for more than just a casual stint of entertainment or connection with a friend or family member. It seems as though Apple is begging to get back to the core of its somewhat forgotten history.

Provide great tech for professional users, who from time to time require the noise to be turned down, and have their computers, tablets and phones fit them.