The Future of Supermarket Technology: 2023

To kick off the Arch blog for the year, we're focusing on supermarket technology trends for 2023. 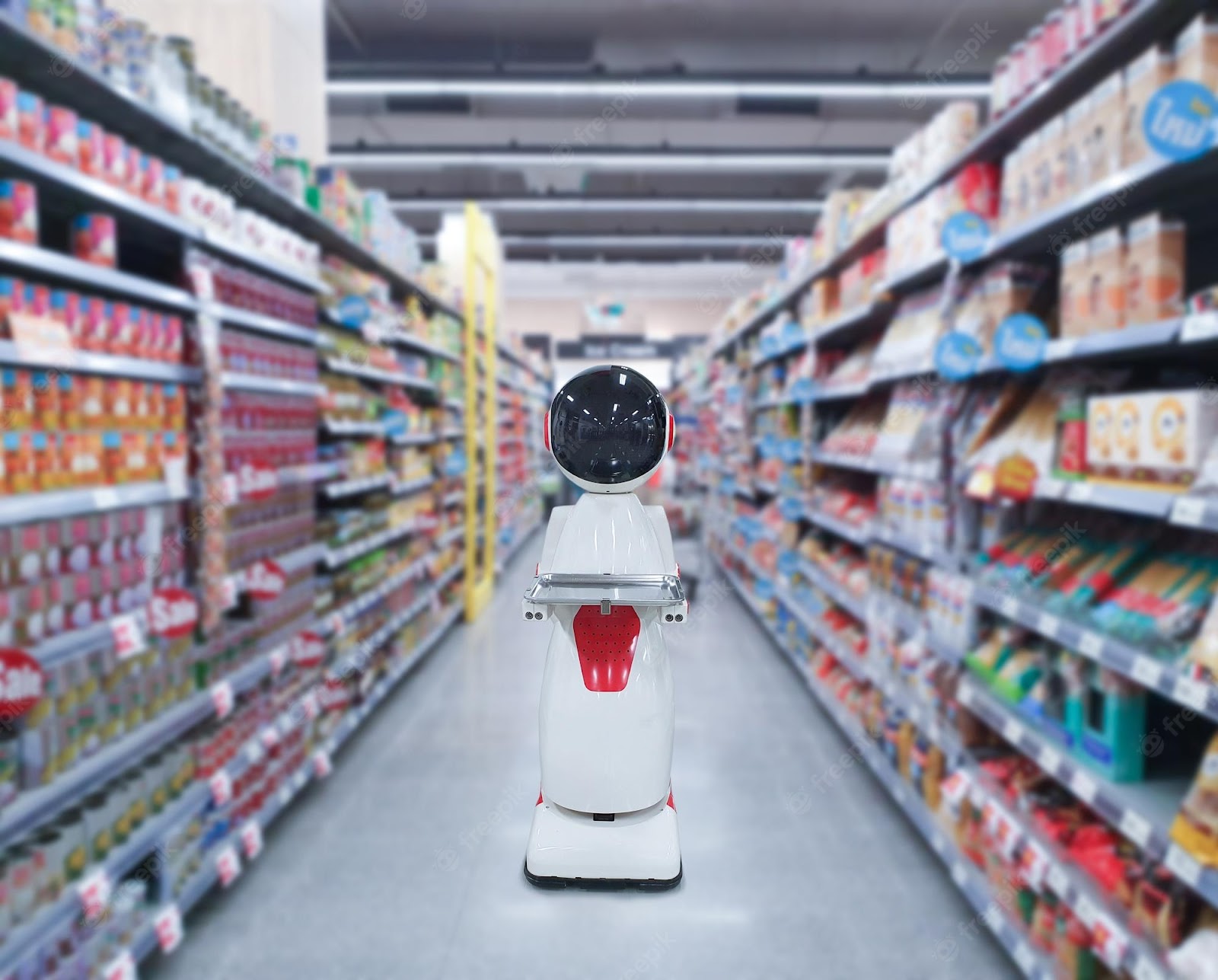 The rise of the e-commerce giant Amazon has led to a massive disruption in retail over the past decade. Now, even traditional brick and mortar stores have started embracing online sales and mobile apps for easier shopping. Supermarkets have been no exception either, with technology playing a more central role in their operations every passing year.

Technological advancements are expected to accelerate even further in the coming years as more retailers follow suit and embrace new digital technologies. Supermarket technology will continue to evolve over the next five years, continuing to shrink from its archaic origins as a centralised tech department and into individual departments that can handle more complex tasks autonomously.

These changes will lead supermarkets toward an automated future, where self-checkout machines become standard and their ability to order merchandise through ordering apps increases significantly. Read on for a glimpse of what we can expect from supermarket tech in the coming years.

Automated checkout counters have become a staple of modern supermarkets. Even as technology improves, it’s still difficult for supermarkets to maintain a high number of unmanned counters, and the number continues to decline. But as self-checkout machines are increasingly paired with computer vision systems and sensor networks, the gap between them and human-operated counters will compress even further.

In the future, retailers may even abandon cashiers entirely and go completely self-service. The boom in autonomous checkout systems is driven by the demand from both retailers and their customers. Retailers have found that automated checkout counters allow them to offer a wider variety of products and service more customers at a time, while customers are increasingly expecting self-service options.

As online grocery shopping becomes easier and more convenient, it’s no wonder that consumers want to expand the boundary of their online grocery store. In fact, it’s become common to have a smartphone app that lets you shop for your groceries online and make in-store pickups. The demand is high, but retailers are still struggling to integrate the right apps into their systems.

Ordering apps that let you order and manage your online grocery order through in-app interfaces have been particularly welcomed by consumers. These apps also offer the opportunity for retailers to get a cut of the revenue generated by these apps, which could become an important source of revenue for supermarkets in the future.

A delivery robot sounds futuristic, but it’s already a reality in some Asian countries. Once expanded to other markets, autonomous delivery robots could become the new standard for grocery deliveries. They could also make deliveries to multiple addresses at once, eliminating the need for consumers to manually update addresses.

The technology for these bots is still in the nascent stage, but it’s likely that within the next five years, drones and other robotic technology will be used to make deliveries. In fact, Amazon is already testing a delivery robot in its hometown of Seattle.

Virtual reality and augmented reality are becoming more and more integrated into the grocery shopping experience. Technology companies are competing to offer the best VR/AR systems for supermarket shoppers. Some brands have already partnered with technology companies to integrate VR/AR into their in-store experiences.

Customers are already becoming accustomed to seeing VR/AR experiences in-store. Stores are experimenting with virtual grocery pickers, virtual tables, and AR-enabled displays that let customers compare different products. These technologies are also being expanded to other areas of the grocery store, such as the produce aisle. VR/AR can be used to educate customers about the health benefits of certain fruits and vegetables, or to provide shoppers with product recommendations based on their shopping history.

The growing demand for convenience and speed in grocery shopping has led supermarkets to invest more in automation and digital technology. For example, as online grocery shopping becomes even more convenient, merchants are looking to expand their distribution capabilities to meet the demand. Already, most of the large supermarkets have invested in automated distribution centres, where goods are flown or rail-transported to stores for in-store pickup.

However, the rise of e-commerce has led to a surge in online grocery shopping, which has prompted retailers to look for more efficient ways of bringing groceries to the consumer. Automated, fully digital distribution and fulfilment systems have already emerged to meet this demand. They let retailers manage the entire process from shipping to customer pickups, taking away the need for employees who previously handled these operations.